Put your investment into the hands of the professional, local experts.

"Your property is our priority."

Western settlers first made contact with aboriginal people in the area in 1608 and Prince William County was officially created in 1731. In the early 20th century, the population was concentrated in near site of a major railroad junction and along the Potomac River, which was an important transportation route. The area remained rural and agricultural for decades, but beginning in the late 1930s, suburban residential development began and new housing was developed. Today it has an estimated population of more than 437,000 people, with vibrant communities. Some notable landmarks include The Marine Corps Heritage Museum and the Hylton Performing Arts Center.

About the Property Market in Prince William County

Made up of several towns, independent cities and other unincorporated communities, Prince William County is the second largest county in the Commonwealth of Virginia. It has two national parks as well as fifty smaller parks dispersed throughout its communities. There are lively events that take place all year round and entertainment ranges from outdoor concerts to farmers markets and shopping. The housing market varies from place to place, but due to its proximity to Washington D.C., it has a competitive market and home styles vary. From the palatial to more modest homes, Prince William County has plenty of choices, from charming towns to quieter suburban communities. Prices also vary, though the availability of homes remains stable.

Quality service and utmost integrity – our principles when serving the NOVA area. Pearson Smith is a property management company that covers all the areas when it comes to managing a property. From thorough tenant screenings to property inspections and financial reporting, we make sure your property is in top condition and doesn't stand empty for long. We use powerful marketing tools to advertise your property and our knowledgeable staff keep up with local property laws and can give you legal advice and make sure your property stays compliant. Get in touch with us for a free analysis of your rental property to find out its potential and how to increase it.

We keep your rental performing optimally

Our marketing team has the prowess you need to get your vacancy filled fast. We use an array of advertising tools to get your listing in front of as many eyes as possible.

We take finding the right renter for your home seriously. We qualify every application using background and financial checks, ensuring you end up with a great tenant.

Are you still losing hours each month chasing after your rent payments? Say goodbye to the headache, once and for all. We collect rent for you & enforce penalties as necessary.

Every home in our management portfolio receives inspection visits from our team on a regular basis. These visits allow us to verify that all is well inside your property.

Looking for an easier way to compile your profit and loss statements? Tired of fearing tax season? We generate monthly statements & yearend tax paperwork for you.

With our proven processes we have had no evictions in last two years! If your hands are ever tied, we will be there with you for the entire process, from start to finish.

We are engaged in training monthly, which keeps us abreast of all the legal changes and ordinances that impact your home. Stay protected with us on your side.

Make the right choice for your rental home

We Know What Renters Want

We've worked with countless tenants over the course of our history, and we know what renters want to see in their homes. We use this insight to optimize your property for success, maximizing your income and keeping your home performing well for years to come.

Powerful Technology is on Our Side

Our offices run on a powerful suite of tech tools that allow us to publicize vacancies online and provide 24/7 account access to both our tenants and our clients. These tools help us operate efficiently & make certain you are always in the loop.

Our Customer Service is Second to None

By working with us, you're not only entrusting your home to an expert management team, you're also gaining a partner. We want to help you succeed and we're committed to providing the best possible service. We answer phone calls and emails promptly and we do everything we can to meet your unique needs.

We Put Honesty Above Everything Else

We're committed to delivering quality service without sacrificing our integrity. We don't try to use hidden costs to pad our bottom line and we'll never intentionally keep you in the dark. We aim to earn your trust by generating undeniable results and keeping your financial goals firmly in check.

We Keep Our Clients Happy

You can't argue with our management results

"These folks have impeccable integrity! Gave me advice on listing my home that benefited me immensely. Thank you!!!

Could Not Be Happier

"Could not be happier with the representation and professionalism from this property management company. They are always proactive in keeping the tenants informed of service and maintenance schedules. By far the best in the business. David is always just a phone call or email away.

Get a Free Rental Analysis

Learn how much your property should earn.

Find out how to get the most rent.

See if your home is a match for our management approach. 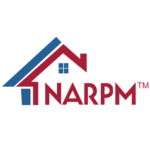 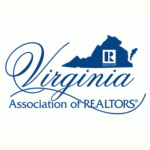 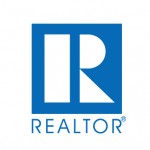 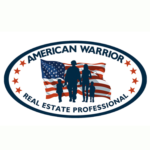 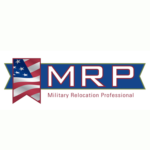 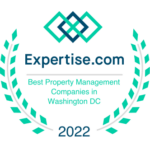 We know the area. We know property management.

When it comes to choosing the right property manager in Northern Virginia, you're not simply looking for the cheapest player. Instead, you're choosing a firm that will represent your best interests, protect your reputation, and most importantly, make you money. Don't be tempted by the first offer you hear—instead, choose a property manager who understands the challenges of our local market.

At Pearson Smith Property Management, we work diligently to provide the best property management in Northern Virginia. We not only work in this area, but our staff calls it home, too. We carefully monitor industry trends and historic rental values, which allows us to expertly advise our clients. Whether you're concerned about boosting earnings, reducing turnover, or protecting the longterm health of your portfolio, we're ready to help.

Start a Conversation with Us